“Studying the documents of the Holy and Great Council: Reflections about the social crisis and the pandemic of Covid-19” 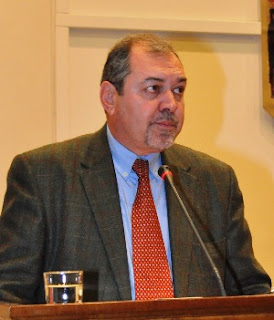 The Holy and Great Council of the Orthodox Church, which took place from June 18 to 26, 2016 in Crete and in the locations of the Orthodox Academy of Crete (OAC), proclaimed first of all the unity and the catholicity of the Orthodox Church. In parallel to this it sent out a significant message to “all people of good will” about the value of the dialogue of the Church on key contemporary issues.

On the occasion of the 4 years anniversary of the conduct of this historical and ecclesiastical event, the OAC, in the difficult times we are going through and underlining the contribution of the teaching of the documents of the Council to face the pandemic of Covid-19, proceeded to organize a webinar on the subject of “Studying the documents of the Holy and Great Council: Reflections about the social crisis and the pandemic of Covid-19”.

The word of the Church – the Mother Church, from the Heart of the Reigning Town, from the town of the Hagia Sophia, the Great Church and the Chora Monastery – could not be absent. We would like to thank wholeheartedly His All Holiness the Ecumenical Patriarch Bartholomew 1, spiritual protector of the Institution, for sending us spontaneously His message; a message with words of gratitude, a pedagogical, reinforcing word and a word of consolation.

Professor Grigorios Larentzakis, for many years a companion of the Institution, underlines that the confrontation of the pandemic consists one of the most important pastoral problems of our days, showing the need of exercising the pastoral according to the necessities and the problems of today’s world. In this perspective, the value of the human being should be taken seriously into consideration and the Holy and Great Council always has been and will be in favor of the diversity and against any social exclusion (e.g. stigmatization).

Fr John Chrysavgis, Archdeacon of the Ecumenical Throne and Theologian, underlines that Covid-19 has revealed the best in human nature, but it also has exposed the worst in human indifference, changing the pandemic crisis into a crisis of injustice, like it happens in America today.

Dr Stylianos Tsompanidis, Professor of the Department of Theology of the Theological Faculty of the Aristotle University of Thessaloniki, is noticing that the Holy and Great Council of the Orthodox Church is linked to the pain of History, but also the pain of the human being, expressing a theology becoming flesh in time and space. Prof. Tsompandis underlines also that there is a need of good cooperation and a common way, as existence is also co-existence and therefore the insult of any human being is the insult of the humanity in total and by extension it turns against God, since the human being is created according to “the image and likeness” of Him. For this reason the Council of Crete accused the fundamentalist tendencies “as expression of sick religiosity” fighting in this way the most important virus of humanity, the virus of fundamentalism.

Finally, Georgios Strilingas, Coordinator of the pedagogical work of the Theologians of Crete, underlines strongly the contribution of the Council to the subject of Religion and the witness which it is called to give to the modern world. The thesis of the Council consists a real challenge to the modern young people, to whom the Orthodox Church is obliged to teach on the basis of the triptychon ‘God, Human being, World’. According the Mr Strilingas “our mission as Christians and as human beings is not to close into ourselves, but to open up to the world, as the Church has taught us”.

Other interventions to the above discussion were made by the Professors Theodoros Giagou, Dean of the Theological Faculty of Thessaloniki, Konstantinos Nikolakopoulos, Dean of the Orthodox Theological Faculty of Munich and Professors of the wider ecclesiastical and academic field. A fruitful discussion followed, as the participants of the webinar had the time to put their questions to the speakers, who answered with their rich theological argumentation and documentation.

[1] In January 2020, the Ecumenical Patriarchate agreed the publication of a document with title: “For the Life of the World”, which formulates the guiding principles of a Social Teaching of the Orthodox Church. It mainly refers to the responsibility of the Orthodox Christians in today’s world and, as the Ecumenical Patriarch Bartholomew underlines, it deals with the treatment of the “complex challenges and problems of today’s world, without in the same time overlooking the favorable potential and positive perspectives of contemporary civilization”. For the theme of the Social Teaching of the Orthodox Church, cf. Dr. Kostas Zormpas, Die Enzyklika der Heiligen und Großen Synode der Orthodoxen Kirche: Gibt es eine Soziallehre der Orthodoxen Kirchen? In the honorary volume for His Eminence Metropolitan Augustinus of Germany, with title: «Ökumene ist keine Häresie. Theologische Beiträge zu einer ökumenischen Kultur», Ferdinand Schoeningh publ., 2020, pp. 110-121.

— Dr Konstantinos Zormpas, Archon Ieromnimon of the Ecumenical Patriarchate, was born in 1959 in Larisa (Greece). He holds a degree in Political Sciences (Strasbourg, 1981), in Sociology (Catholic Institute of Paris and Sorbonne, 1987) and in Theology (Saint Serge Orthodox Theological Institute in Paris, 1987). He received basic and postgraduate studies in the Sociology of Christianity and in Pastoral Sociology and then attended postgraduate studies at the Theological School of Thessaloniki in the Department of Ethics and Sociology, where he got his Doctorate in 1996. He worked as a scientific associate of the Orthodox Academy of Crete from 1988 until 1999, actively participated in the course of the European Union, through the various committees of the Council of European Churches, as well as the Council of Europe, as he served on the permanent Greek delegation to the European Union in Brussels for educational and ecclesiastical affairs. He is the Vice-President of the Bioethics Committee of the Polytechnic School of Chania and member of the Working Group of the European Conference of Churches for the New Technologies (Brussels). He serves now as the General Director of the Orthodox Academy of Crete.