FOR GOD SO LOVED THE WORLD 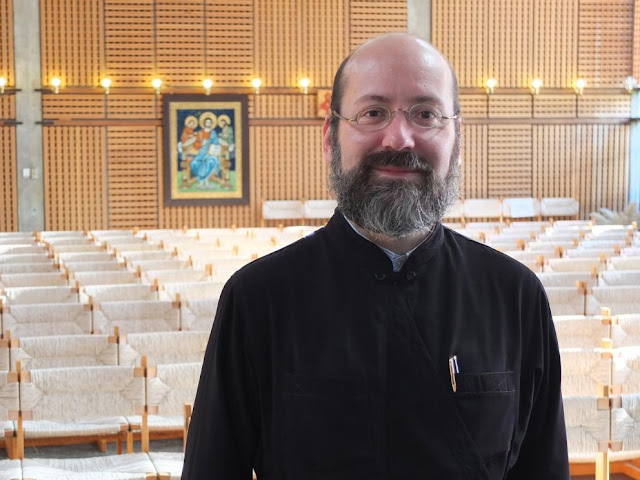 As Christians are celebrating worldwide the Nativity of Christ, only two gospels, that of Matthew and Luke, evoke his birth in Bethlehem. The gospel of Mark does not mention it and begins directly with the public mission of Christ, with his baptism in the Jordan. The Gospel of John, for its part, more spiritual and theological, formulates the birth of Christ with this meaningful one sentence: “And the Word was made flesh, and dwelt among us” (John 1:14), adding further: “For God so loved the world, that he gave his only begotten Son, that whosoever believeth in him should not perish, but have everlasting life” (Jn. 3:16).

For the evangelist John, the incarnation of God is the supreme proof of God’s love for the world. In the Gospel of John, Christ underlines that “As the Father has loved me, so have I loved you. Now remain in my love” (Jn. 15:9), and exhorts the Christians to love one another as he loved them (Jn. 13:34-35). The message at the heart of the fourth Gospel is that Christian love must reflect the love of Christ. Saint Paul adds that “For the love of Christ constrained us” (2 Cor. 5:14), underlining that “God has reconciled us to himself by Jesus Christ, and has given to us the ministry of reconciliation” (2 Cor. 5:18). The theme of 11th Assembly of the World Council of Churches to be held in Karlsruhe, Germany, God willing next September – “Christ’s love moves the world to reconciliation and unity” – is actually drawn from this passage.

This theme comes at the right time if we consider on the one hand the necessity of solidarity between human beings at a time when humanity suffers for two years now from the Covid-19 pandemic and on the other hand the necessity of peace at a time when nationalistic and racial tensions grow. At such a time, reconciliation is more than necessary between states, between churches, between religions, and globally, between human beings. Reconciliation involves first of all repentance for the errors and sins committed in the past.

In this perspective, the Orthodox Church encourages the way of dialogue as a means of conflict resolution and an antidote to any form of fanaticism, including religious fanaticism. In this regard, the Holy and Great Council of the Orthodox Church (2016) affirms in its Encyclical: “Honest interfaith dialogue contributes to the development of mutual trust and to the promotion of peace and reconciliation. The Church strives to make “the peace from on high” more tangibly felt on earth. True peace is not achieved by force of arms, but only through love that “does not seek its own” (1 Cor 13.5). The oil of faith must be used to soothe and heal the wounds of others, not to rekindle new fires of hatred” (Encyclical, 17).

Archbishop Anastasios of Albania, one of the current Orthodox leaders of the Ecumenical Movement, recalled that while the earth becomes a giant megalopolis where Christians are a minority (less than a third of humanity), questions which touch on the unity of Christians and on dialogue with men of other religious convictions take on a new dimension and a new intensity. He stressed that Christian Churches cannot give convincing witness to the world by remaining separate. Therefore, reconciliation and unity of Christians have, according to him, immediate consequences for Christian mission and witness.

May the love of God for the world, celebrated in this Christmas season by the divided Christians, inspire us and truly move us, and with us the whole world, towards reconciliation and unity.