All-Ukrainian Council of Churches and Religious Organizations for the most famous symbols of Ukraine, the spiritual shrine - Sophia of Kyiv 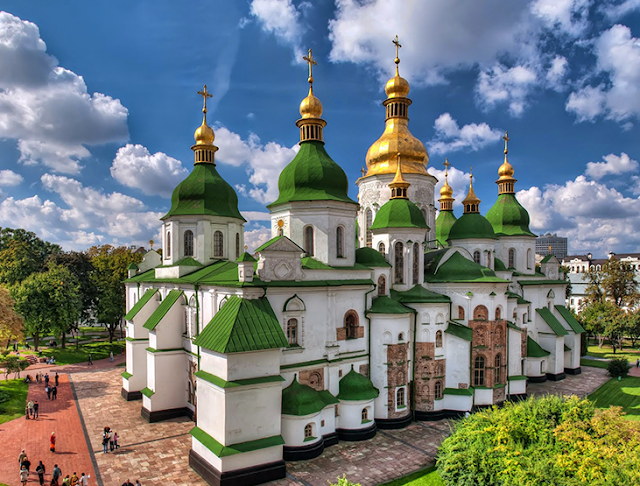 We received very alarming information about the possibility of an air attack on one of the most famous symbols of Ukraine, the spiritual shrine - Sophia of Kyiv.
We cannot check it ourselves for obvious reasons. However, we see barbaric shelling by Russian troops of residential areas of Ukrainian cities. During World War II, Soviet saboteurs blew up another shrine, the Assumption Cathedral of the Pechersk Lavra. It would not be unbelievable to believe that the distorted mind of the aggressor is capable of committing another such crime.
It is also quite possible that Russian missiles hit the Hagia Sophia due to technical weapons defects. Every day these missiles fly towards Kyiv and each of them can hit world-famous shrines, if not on purpose, due to defects or mistakes.
That is why we appeal to Russia's political leadership to stop the rocket fire immediately!
We urge all members of the international community to immediately use all possible means to influence Russia's leadership to refrain from criminal shelling of Ukrainian cities, including Kyiv.
We once again strongly condemn Russia's armed aggression against Ukraine and demand its immediate cessation.
Kyiv, March 1, 2022
Δημοσιεύτηκε στις 8:45 μ.μ.