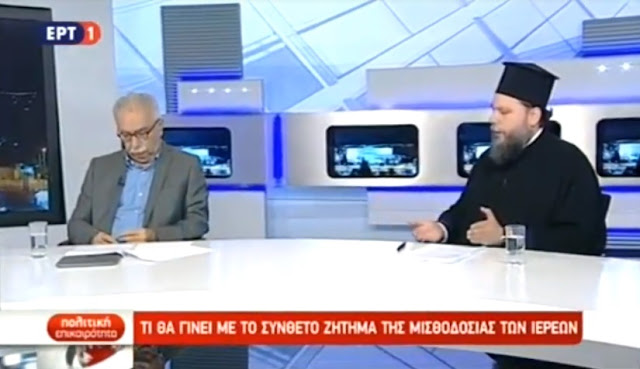 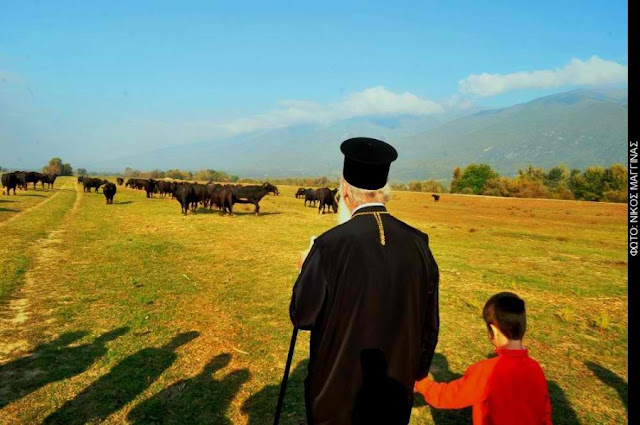 Rev. Panagiotis Kapodistrias
The Ecumenical Patriarchate and the “green Patriarch” as the spearhead of a new ecological ethos and change of mentality concerning the natural environment

Three decades ago, the Ecumenical Patriarchate undertook initiatives to raise public awareness on the problem of ecology. Patriarch Bartholomew is personally the spearhead of an important initiative, through addresses, scientific symposia with the participation of religious leaders and specialized scientists, theological texts, and lectures at official fora throughout the world, aiming at showing that the problem is mainly spiritual-ethical, and that authentic Christians are frugal and self-sufficient, because behind the created world they see and pay respect to the great Creator of all, the Triadic God. This means that humans must act as housekeepers, guardians and ministers of God’s Creation.

This awareness effort has also mobilized the Roman Catholic Church, with Pope Francis also commemorating September 1 as Day of Prayers for the Natural Environment, first established by the Ecumenical Patriarchate in 1989. The overall ecological-environmental initiatives of the Ecumenical Throne were officially sealed with particular mentions in the acts of the Holy and Great Synod of the Orthodox Church (Crete, 2016). The effort and actions of Bartholomew, the so-called “green Patriarch”, continue as we speak. 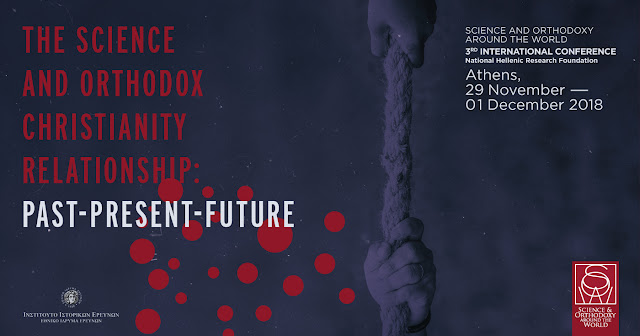 3rd International Conference
The Science and Orthodox Christianity relationship: past-present-future
29 November-1 December 2018
National Hellenic Research Foundation | 48, Vasileos Konstantinou Ave, Athens, Greece
Free admission | With simultaneous translation into Greek
Ελεύθερη είσοδος και παρακολούθηση | Θα υπάρχει μετάφραση στα ελληνικά
The third international conference concludes a three-year effort by Project SOW to map the ongoing discussion on science and Orthodox Christianity throughout the world. Intensive research and long hours of discussions in conferences, workshops and interviews revealed a number of important thematic areas where the discussion is more vibrant, revealing controversial yet fruitful aspects of the science-religion relationship. Among these areas are bioethics, ecology and environment, psychology-psychoanalysis, which also seem to open new perspectives in the future discussion. Furthermore, the role of philosophy and history, with a focus on the notion of modernity, appear to be crucial in the understanding of the science-Orthodoxy relationship and its advancement. This, however, would be incomplete without the exchange of fundamental viewpoints between the Orthodox world and components of the ongoing discussion in the West.
In particular, the field of Bioethics poses important questions on the Human essence that directly touch upon daily societal aspects and institutions. Do the Orthodox Christians have a mainstream approach on the potential and the boundaries of the use of the rapidly advancing scientific knowledge? Do these uses need to have an ethical and moral foundation in order to establish certain limits? If yes, how can Orthodox theology contribute to this discussion in a way that would attract attention by the scientific community? And in which issues? How far should a scientist extend his/her research concerning the beginning and the end of human life? What stages of human life should be able to receive products of technological advancement? For example, if it would be acceptable to cure a malignant disease with genetic intervention, would the same technology be acceptable for fetus enhancement? What arguments can Orthodox theology bring to the table that can be accepted by the wider scientific community? For Orthodoxy theology, what is the dividing line between adapting to new realities and remaining faithful to its long-standing anthropological principles?
During the 20th century, Humankind witnessed an important change in the traditional way that people interact with nature. The reasons are many and can be historically assessed. However, there have been waves of strong resistance to the misuses of the environment by Humankind stimulated by scientific warnings about the future of the Earth and Humanity as a result of these misuses. As a result, ecological worldviews have emerged in the form of political or socio-economic movements, which are not necessarily linked to a particular theological approach. Can Orthodox theology and spirituality offer an inclusive approach to ecological issues and a roadmap for Humankind's interaction with nature that can be embraced by all? All the above are issues that derive from a society eager to find answers in the present and for the future. But a crucial question is if these issues can be addressed by studying the past, and by setting past examples, which would illustrate the nature and roots of a complex and fluctuating relationship such as that between science and Orthodox Christianity.
Yet, in the effort to better understand the interaction between science /scientific practice and theology, Philosophy can prove to be a precious tool. Science and theology until the 17th century was in most aspects part of a wider system of thinking dominated by philosophical thought. Therefore, despite this rupture after the 17th century, both science and theology today share a philosophical basis which can act as a common language between two apparently incompatible approaches to the cosmos and Humanity. But can it draw conceptual bridges between different notions and different epistemological approaches? Can it produce a methodology able to reformulate the issues where the interaction between theology and science is necessary? What contemporary philosophical currents are more suitable for this role? Can philosophy play this role as a way of life, in a particular and tangible way, and not only as a history of ideas and concepts? And to what extent would this stand in the way of the desiderata of contemporary theology?
To what extent can all the above, discussed within the context of Orthodox Christianity, provide insights capable of reaching and enriching the ongoing discussion in the Western world? On the other hand, how could the discussion in the Orthodox world benefit from the more advanced discussion in the West? Are there components of the interaction between science and religion in the Orthodox World which are products of a particular cultural background and hence irrelevant to the corresponding interaction in the West? And what is the reason why frontline issues in the West, such as creationism, are not thoroughly discussed in the Orthodox world? After all, where do the main issues of the science-religion relationship derive from? Are they a product of deeper social concerns, or just of personal intellectual curiosity of those involved in the discussion? Or both?
The third day of the conference (December 1) is a WORKSHOP dedicated to the aspect of psychology and psychoanalysis as an important field within the contemporary science-Orthodoxy relationship.
Organizing Committee: Efthymios Nicolaidis | Nikos Livanos | Ersi Bakou 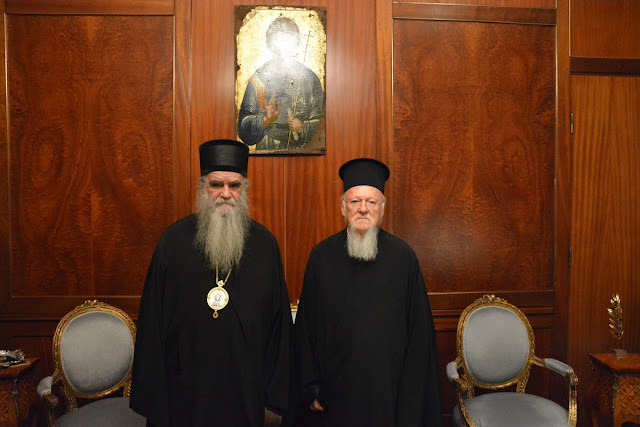