JUDAS, PILATE AND THE PASSION OF CHRIST 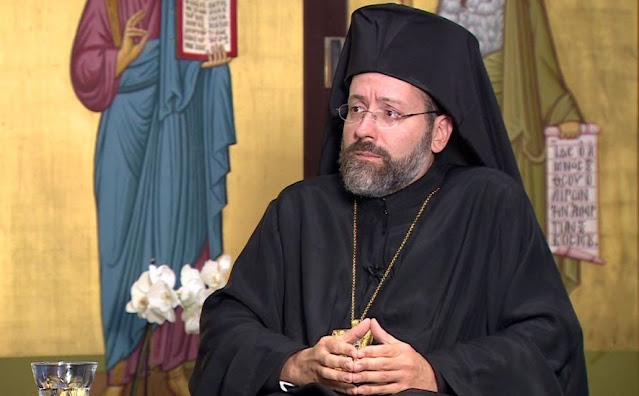 The annual celebration of Holy Week and Easter makes it possible to relive the events linked to the mystery of our salvation, not only as a memorial, but also as their actualization. For all that Christ accomplished was done “for our salvation”. Furthermore, the key to reading that Christ himself gave us in the parable of the last judgment – that what we did to one of the least of his brothers, we did it to him (cf. Mt 25:40) – allows us to contemplate in each human being an icon of Christ and to consider the actions done to our fellow brothers as being accomplished to Christ. And having this in mind, in the context of the tragedy that the world is currently experiencing, the words of Christ before his Passion resonate with even more relevance: “For all they that take the sword shall perish with the sword” (Mt 26:52)…

The events of the Passion of Christ depict many characters who can therefore represent various human attitudes. One of them is Judas Iscariot. It is a mistake to see in him a personification of the Jewish people. Rather, we ought to see in him a portrait of our own poor behavior each time we repudiate the Gospel. One can wonder why Judas, who had followed Christ step by step for so long, who had heard his teaching viva voce, and who had been the eyewitness of so many miracles, decided to deny his Master and hand him over to dead. The betrayal of Judas has always given rise to various interpretations. Some saw in it the fulfillment of the prophecies and the plan of God, others considered that he personified the love of money… But some believe that the main reason was the disillusionment of Judas, waiting for a political Messiah, a liberator of the people Israel from Roman domination, to learn from Jesus that his Kingdom is not of this world (cf. Jn 18:36).

Thus, one could see in Judas a precursor of ethnophyletism, which uses the Church or religion in general for political ends, and which can generate not only various forms of racism but also lead to wars between Christians, as we are witnessing at the present time. For this reason, the Pan-Orthodox Council of Constantinople of 1872 condemned as heresy “phyletism, that is, phyletic distinctions, quarrels, rivalries and ethnic divisions in the Church of Jesus Christ as opposed to evangelical teaching and to the holy canons of our blessed Fathers, who are the support of the holy Church, maintain in order the whole Christian community, and direct it in the way of true piety”. What unites us is not race, nor nation, nor tribe, but Christ. Likewise, race or nation should not be the reason for division, armed conflicts or war, since we are all one in Christ. As St. Paul writes: “Here there is no Gentile or Jew, circumcised or uncircumcised, barbarian, Scythian, slave or free, but Christ is all, and is in all” (Col 3:11). Any recuperation of religion for political purposes is always dramatic and contradictory to the spirit of Christianity.

Another ambiguous figure is that of Pontius Pilate. In the Gospels, he is portrayed as reluctant to execute Jesus. The Gospel of John states that he tried to set Jesus free, but the Jewish leaders pressured him saying: “If you let this man go, you are no friend of Caesar. Anyone who claims to be a king opposes Caesar” (Jn 19:12). Pilate eventually gave in to these pressures. When he saw that he was getting nowhere, but that instead an uproar was starting, he took water and washed his hands in front of the crowd saying: “I am innocent of this man’s blood. It is your responsibility!” (Mt 27:19).

“Washing your hands” has since become an expression for any disclaimer. Pilate prepares to sentence an innocent man to death under pressure from people who want to put him in a bad position in relation to his superiors, but at the same time deny being responsible for this crime. Pontius Pilate was in a sense a precursor of political correctness: an attitude which consists in excessively policing or modifying formulations because they could offend certain people, an attitude preventing people to take a clear position on a matter, or to take a side. This type of “wooden language” has the main function of masking reality by often favoring lies. Imported into religious or ecclesial institutions, it causes them to lose all credibility or prophetic vision within society, and leads them stop being “the salt of the earth”. Christ had warned us: “You are the salt of the earth. But if the salt loses its saltiness, how can it be made salty again? It is no longer good for anything, except to be thrown out and trampled underfoot” (Mt 5:13).

Interestingly enough, several Christian apocryphal texts developed nevertheless a positive image of Pilate. For instance, the Acts of Pilate explain his conversion after he has blamed the Jews for Jesus’ death. They recount that being arrested for the crime of executing Jesus, although he has since converted to be a follower of Christ, Pilate prayed to God and died as a Christian martyr. The ancient historian Eusebius also claimed that Pilate converted after seeing the many wonders that occurred after Jesus’ death and reported them to Tiberius. The Ethiopian and the Coptic Churches believe that Pilate became a Christian and venerate him as both a martyr and a saint.

These sources stress that if even Pontius Pilate, who sent Jesus off to die, could be redeemed and become a saint, it is because he had repented, unlike Judas who hanged himself, overcome by remorse after betraying Christ. The key word here is conversion, metanoia. Metanoia is commonly understood as a change of mind. It implies spiritual conversion and reformation. In the context of a conflict, there can be no real dialogue or possible reconciliation without metanoia. This involves acknowledging one’s mistakes by “purifying memory”. This work aims to liberate the common conscience of people from all faults, violence, resentment or trauma of the past, in order to contribute to the process of reconciliation. Such a process can have a significant effect both on the present and on the future, since faults of the past are often reasons of tensions in the present. May this rereading of the Passion of Christ inspire us in these very sad and tragic times in order to find constructive and salvific solutions to our betrayals and indifference to suffering of fellow human beings, who are living icons of Christ.