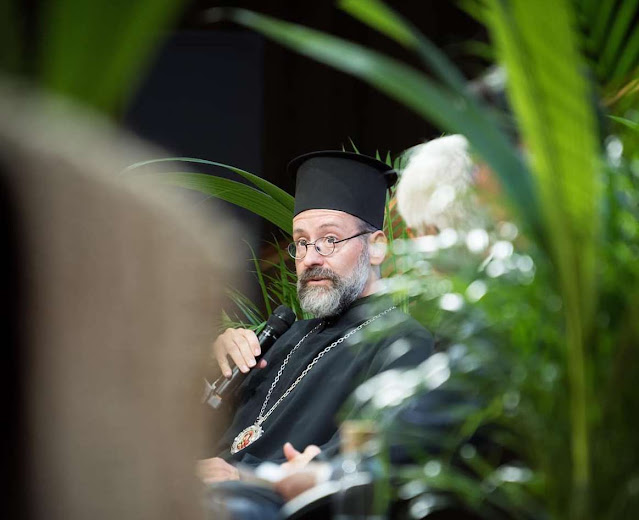 At the World Council of Churches 11th Assembly in Karlsruhe (Germany), I was asked to chair a four-day “Ecumenical Conversation” on “Trends and emerging issues in a rapidly changing world”. The aim of this kind of workshop was to reflect on how the life and the work of our Churches will be affected by the development and utilization of modern technology, and how moral and ethical discernment can provide some balance.

Among the different topics discussed, a lot of attention was given to new ways of being Church and community. Indeed, the COVID-19 pandemic with its several lockdowns challenged our Churches to adapt and use modern technology to broadcast online liturgical services, hold church meetings and provide catechetical education. Although this type of “virtual Church” and online education can never replace the gathering of Christians together in one place, ἐπὶ τὸ αὐτὸ (1 Cor. 11:20), the use of modern technologies can certainly help the Churches in their pastoral and catechetical outreach.

Particular attention was also given to demographic transformation. Sociologists predict that the world population in 2040 will reach 9.2 billion with a rising proportion of younger people in Africa while the ageing population will be globally increasing. Therefore, Churches will have to adapt accordingly to serve their faithful with more efficiency.

The discussion also reflected on artificial intelligence and genetic modification. These new trends have both positive and negative effects. As far artificial intelligence is concerned, it will on the one hand amplify the human effectiveness, but on the other hand, can also threaten human autonomy, agency and capabilities, when computers gradually replace the work and the discernment of human beings. There is a potential danger not only for human beings of losing their jobs, but also of having their personal data being abused and of being victims of cybercrimes.

As far genetic modification is concerned, it has been stressed that beside its well-known dangers – basically of being captured by a certain minority of the population for its own purposes that can eventually be oriented towards a new form of eugenics, this new technology can also be benefic by opening new perspectives on the cure of genetic diseases that were until now incurable.

These new realities are developing extremely rapidly, and there is a need for serious reflection since these new trends are not totally threatening nor entirely beneficial. Moral and ethical discernment is urgently needed. Unfortunately, our Churches are not always well informed or well prepared on these issues which require a synergy between theology and science. Therefore, a genuine dialogue between theology and science must be initiated. In this, the World Council of Churches could play an instrumental role. For this reason, the participants of this “Ecumenical Conversation” recommended that the World Council of Churches create resources and programs to assist the Churches while facing these new challenges and realities of life.