THE ECUMENICAL MOVEMENT IN THE UNITED STATES, AN ORTHODOX PERSPECTIVE 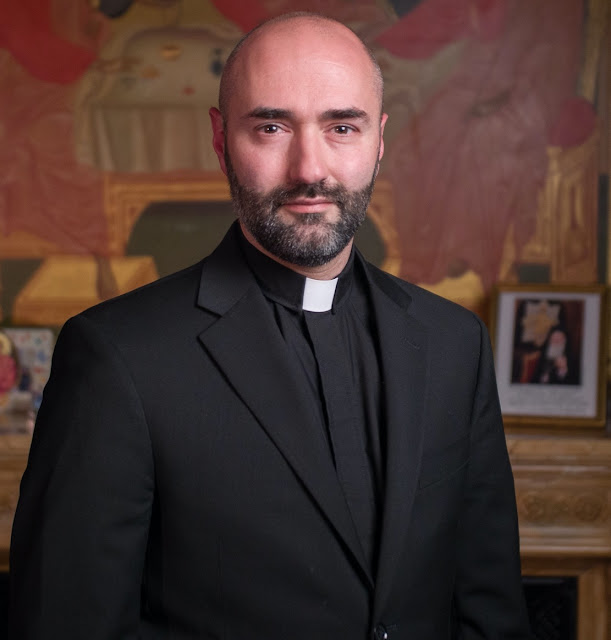 During his 2021 Apostolic Visit to the United States, His All-Holiness Ecumenical Patriarch Bartholomew had the opportunity to reflect on the future of the ecumenical dialogue at an event organized by the National Council of Churches. He said: “The 20th century was a time for growing restoration of relationships. The 21st century should become the century of the restoration of unity. The path to Christian unity has been neither peaceful nor painless. Unity is a task that remains difficult to fulfill. But the bonds of friendship among divided Churches and the bridges by which we can overcome our divisions are indispensable, now more than ever.”

These words resonate forcefully in the ecumenical context of North America. The ecumenical landscape in the United States is much less centralized than in Europe. However, there are ecumenical organizations whose historical significance and national commitment should be mentioned. The most important is undoubtedly the National Council of Churches (NCC). Established in the 1950s, the NCC was modeled off of the World Council of Churches (WCC), but more directly inspired by social justice uprisings against racial segregation policies, known as the Jim Crow laws. The NCC is made up of thirty-seven Christian denominations, including denominations from Protestantism to Orthodoxy. The Catholic Church only participates in the “Faith and Order” branch of theological dialogue. This model is therefore similar to the dynamics established within the WCC, excluding the rebalancing decisions proposed by the Special Commission concerning Orthodox participation in 2002. The current crisis in global ecumenism has had the effect of considerably reducing the scope of the NCC over the past twenty years. The number of employees has shrunk dramatically. I see three distinct reasons that explain these reconfigurations and speak more generally to the state and challenges of the today’s ecumenical movement.

On the one hand, American society is becoming increasingly secularized and the omnipresence of faith in the public space, as Alexis de Tocqueville was able to describe it, is assuredly no longer what it used to be. The economic difficulties of the churches can be linked to a decline in attendance and has prompted a reassessment of the funding of ecumenical organizations. But the problem is not just financial.

The second reason is the manifestation of polarizations within the churches themselves, pushing for profound reconfigurations, even to division, considerably weakening their ecumenical commitment. The reconfiguration of the ecumenical landscape is subject to polarizations that are influenced by the structuring of societal debates. This case is not isolated, and affects to an extent American Orthodoxy, where ecumenism is primarily understood by the most rigorous movements as a betrayal of faith and tradition, a confessional relativism, assimilating the ecumenical movement to a modern heresy. Additionally, ecumenicism is viewed as assimilating the influence of progressive ideals such as the ordination of women, but also the concern about the rise in public debate of claims related to the rights of LGBTQ+ community members. The health crisis has also fascinatingly joined the opposition to ecumenism with vaccine protest, merging them with conspiracy theory. These societal polarizations considerably influence rapprochement, even possible alliances between denominations. This is through the signing of protocols of full (or partial) communion which govern both inter-ecclesial sacramental relations, but also the capacity of these churches to express and signify their unity. One of the most famous of these protocols is that signed between the Evangelical Lutheran Church of America and the Episcopal Church in 1999. This is only one example among many of the modern reconfigurations within churches that have emerged from Protestantism, whose ecclesiology of communion is prevalent in relation to the question of unity. Whereas for the Orthodox Church, unity is manifested in communion and communion is a sign of unity.

The third reason for the loss of influence of the ecumenical movement can be linked to the rise of interreligious dialogue. Indeed, the phenomenon of denominational estrangement and polarization aforementioned has changed the very purpose of ecumenical dialogue by marginalizing the founding principle of restoring unity. Too often today churches no longer see themselves as sisters on a path of reconciliation, but only as partners between whom hold tensions inspired by an environment of culture war. Indeed, in response to Samuel Huntington’s premonitions of a “clash of civilizations” in which the religious factor held a central place, interreligious dialogue has emerged as a process of promoting peace and tolerance. However, the geopolitical context in which we live, as well as the fear linked to religious fundamentalism leading to terrorism, has created a breath of fresh air which makes ecumenism subordinated to interreligious dialogue and the restoration of Christian unity an optional condition on the journey to peace.

This ecumenical disenchantment is just as present in another ecumenical organization on a national scale: Christian Churches Together, which tries to find a raison d'être, beyond its simple membership. Indeed, it is one of the few ecumenical bodies to host representatives of the United States Conference of Catholic Bishops and other churches and communities from Evangelical and Pentecostal backgrounds. But this diversity is not sufficient to justify the programmatic decisions made as now the ecumenical effort has progressively shifted to social issues.

Indeed, the ecumenical movement has embraced a more direct attention towards these issues. The Catholic and Orthodox bishops convene, for example, each January in Washington D.C. to march side by side during the March for Life, which opposes the decision of the Supreme Court American (Roe v. Wade, 1973) that legalized abortion. The preservation of the environment has also gradually imposed itself as an ecumenical question par excellence. Note the particularly central action of Creation Justice Ministries. Due to the Ecumenical Patriarch Bartholomew's recognized commitment to environmental issues, the Orthodox Church as a whole and the Greek Orthodox Archdiocese of America in particular very directly contribute to these fermentations. The goal of creating “green” parishes is on the agenda of many churches and Christian denominations. Moreover, the recent granting by the Jesuit University, Notre Dame, of an honorary doctorate to His All-Holiness Ecumenical Patriarch Bartholomew in October 2021 reinforces the Orthodox presence and commitment to the very principle of ecumenism in action. Finally, this picture would not be complete without mentioning the ecumenical commitment to issues of racial justice. Orthodoxy intends to participate in such debates by recalling the important contribution of Archbishop Iakovos of America (1911-2005) who walked alongside Martin Luther King Jr (1929-1968) in 1965 to show his support for civil rights, for members of the African-American community.

Moreover, the North American Catholic-Orthodox Theological Consultation is certainly one of the oldest theological dialogues. It preceded by fourteen years the creation of the International Joint Commission for theological dialogue between the Catholic Church and the Orthodox Church. Indeed, since 1965 in connection with the re-establishment of Catholic-Orthodox relations in the context of the Second Vatican Council, the American consultation produced thirty-two documents, reports and declarations of the course of one hundred meetings.

— Rev. Dr. Nicolas Kazarian serves as Ecumenical Officer and Director of the Department on Inter-Orthodox, Ecumenical and Interfaith Relations at the Greek Orthodox Archdiocese of America. He is the author of numerous publications about the Orthodox Church, ecumenical dialogue, interfaith relations and geopolitics. He is also a member of the Central Committee of the World Council of Churches. He is the parish priest of St. Eleftherios Greek Orthodox Church in New York City.