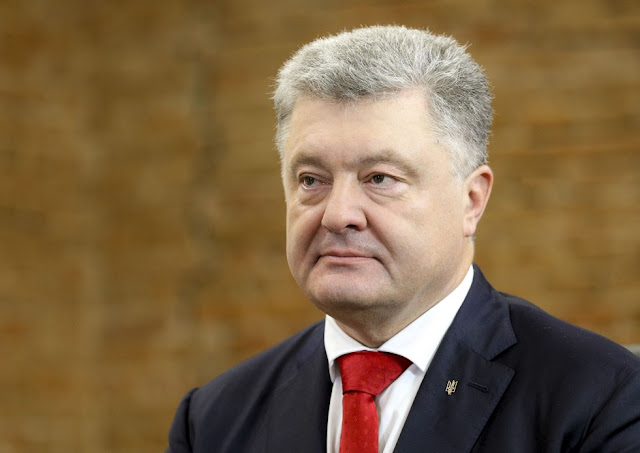 President about Autocephaly for the Ukrainian Church: The work on the Tomos started with my first meeting with Patriarch Bartholomew

President Petro Poroshenko said that the beginning of the dialogue on the creation of the Ukrainian Autocephalous Orthodox Church and the provision of the Tomos on Autocephaly had started with his meeting with Ecumenical Patriarch Bartholomew after Easter this year.
At the same time, he noted that in general, he had been working on that issue for three years.
"The work on the Tomos started with my first meeting with His All-Holiness Ecumenical Patriarch. My advisers and my assistants from the very first weeks, in spite of a very difficult situation in Ukraine, a very difficult situation on the frontline (started this work - ed.). I believed, I started working on the strategy of obtaining the independence of the Ukrainian Autocephalous Orthodox Church. On the creation of an independent Church," Petro Poroshenko said in an interview to the First Western TV Channel during a working visit to Lviv region.
"Why is it so important? Ukrainian statehood, Ukrainian state cannot be independent if it has a church guided from abroad as one of its components, one of the pillars of the existence of the statehood," the Head of State added.
According to the President, it was agreed at that meeting that several conditions must be met, particularly the support of the Parliament regarding the President’s appeal. “This is the position of secular authorities, and I thank all the deputies, everyone who voted in support of the President's appeal,” he said.
Petro Poroshenko reminded that some of the deputies did not support the vote. "As you know, only one political force prevented this - they did not just refuse to vote, but tried to arrange a fight inside the parliament ... And I thank the parliamentarians, because I was at that time in the hall, that we did not take the bait," he said.
"But I emphasize that after receiving the Tomos, we will not allow any provocations ... We will have freedom of belief. Everyone will walk his own way to God. And we will not allow shedding a single drop of blood, because only faith and prayer will create the Ukrainian Autocephalous Orthodox Church," the President noted.
He also reminded that there was an appeal to the Ukrainian hierarchs. "And in 27 years of our independence, there has never been a case when the signatures of all hierarchs were present under the same document, except for the part of the Moscow Patriarchate. And it was a miracle. It could not happen without God's help. And they have not just signed the document, but since April, they have carried out absolutely pro-Ukrainian, absolutely pure work to help in the creation of the Ukrainian Church," the Head of State emphasized.
Petro Poroshenko also noted that the Ecumenical Patriarch had appointed the Exarchs of the Patriarchate "who have already begun work on the final line of giving Ukraine the Tomos".
"But I never tell or told the date or that the Tomos is already in our pocket. I continue to insist that the Tomos requires prayer from each of you. Sincere prayer to God. Because it will not happen without God's help. And it requires our struggle for the creation of the Church," the President noted.
"And once again I want to emphasize that the Ukrainian church should be separated from the state. I stand firm on this. Let alone the foreign state. And the Ukrainian church will not be guided by Moscow - the capital of the aggressor-country. We will not allow this," he said, noting that "this is why the decision to appoint the Exarchs by His All-Holiness caused such panic".
Δημοσιεύτηκε στις 8:50 μ.μ.