RACISM IS A SIN 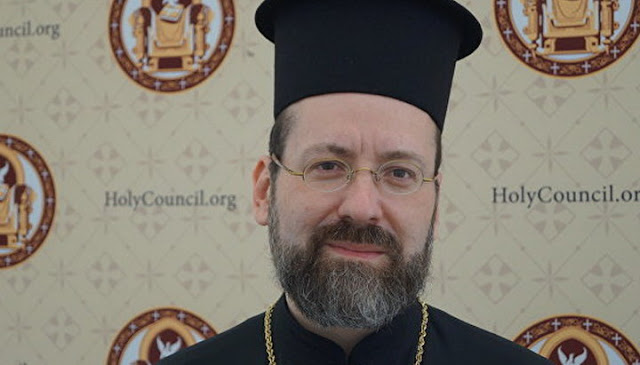 As the World Council of Churches progresses in its preparation for its 11th Assembly to be held in Karlsruhe, Germany in early September 2022, the theme of racism is once again the subject of new reflection. This theme is not new in the Council theme, since the 5th Nairobi Assembly in 1975 had prophetically affirmed that “racism is a sin”.

Strangely and paradoxically, the current COVID-19 pandemic – which ought normally have sparked a revival of solidarity among men of goodwill – was the occasion for a resurgence of racial tensions across the globe. The arrest of George Floyd, which resulted in his death in May 2020 in Minneapolis (USA) led to a wave of protests in the United States and other countries of the world and again sparked confrontations between whites and blacks. But racism is not just a black/white issue.

Because of its origin from Wuhan in China, some malicious people are led not only to portray the coronavirus with an Asian face, but also to stigmatize and accuse people of Asian origin as being responsible for the pandemic. Moreover, churches of Asian Christian communities were the object of vandalism all over the world. But the issue of racism should not be limited to the issue of race.

In September 1872, a Pan-Orthodox Council bringing together in Constantinople not only the hierarchs of the Ecumenical Patriarchate, but also the Patriarchs of Alexandria and Antioch as well as the Archbishop of Cyprus, condemned ethnophyletism or religious nationalism as heresy in these terms:

“We condemn, we blame and we condemn phyletism, that is, phyletic distinctions, quarrels, rivalries and ethnic divisions in the Church of Jesus Christ as opposed to evangelical teaching and to the holy canons of our blessed Fathers, who are the support of the holy Church, maintain in order the whole Christian community, and direct it in the way of true piety. In accordance with the holy canons, we declare foreign to the one, holy, catholic and apostolic Church, and truly schismatic all those who are partisans of this phyletism, and who dare to found on this principle phyletic meetings hitherto unknown. Consequently, we declare schismatic and foreign to the Orthodox Church of Christ who separated themselves from the Orthodox Church, who erected a special altar and formed a phyletic council.”

The cause of this condemnation was the establishment of a Bulgarian exarchate as a parallel universal ecclesial jurisdiction established on purely ethnic and national criteria. The merit of the Pan-Orthodox Council of 1872 is to have recalled the universality of Christianity and consequently the universality of the Church. Unfortunately, without going so far as to establish parallel universal jurisdictions, our ecclesial communities often tend to close in on themselves by becoming ethnic communities or ghettos, or even national clubs. In doing this, they sometimes forget the Church's mission to achieve the universality of salvation achieved by Christ, and unconsciously submit to the service of political ideologies.

In turn, the Holy and Great Council of the Orthodox Church, gathered in Crete in 2016, stated very clearly:

“The Orthodox Church’s position on this is clear. She believes that God has made from one blood every nation of men to dwell on all the face of the earth (Acts 17:26) and that in Christ there is neither Jew nor Greek, there is neither slave nor free, there is neither male nor female: for you are all one in Christ Jesus (Gal 3:28). To the question: Who is my neighbor?, Christ responded with the parable of the Good Samaritan (Lk 10:25-37). In so doing, He taught us to tear down all barriers erected by enmity and prejudice. The Orthodox Church confesses that every human being, regardless of skin color, religion, race, sex, ethnicity, and language, is created in the image and likeness of God, and enjoys equal rights in society. Consistent with this belief, the Orthodox Church rejects discrimination for any of the aforementioned reasons since these presuppose a difference in dignity between people.” (The Mission of the Orthodox Church in Today’s World, E2).

Studies have recognized that racism is not something innate, but that it is taught and instilled, notably through political ideologies. This is why the Church has the duty to recall the universality of salvation, the dignity and equality of all human beings (all created in the image and likeness of God), the need for the service of neighbor and therefore for solidarity between human beings. The voice of the Church must be prophetic in recognizing that racism is a sin for which we must repent both individually and collectively, and in teaching that it is not enough to be non-racist, but that we have the duty and obligation, according to the Gospel and the teachings of the Church, to be anti-racist.