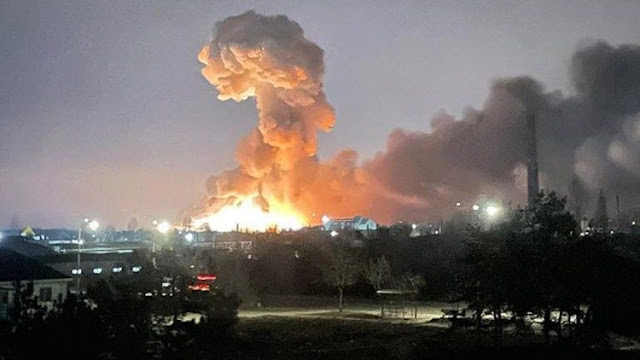 War after the pandemic: a threat to humanity

The attack on Ukraine has begun. War in Europe in the 21st century seemed impossible. The risks of an escalation are unimaginable. Pope Francis calls us to counter the power of arms with the ‘weakness’ of prayer.

There are some who couldn’t believe it: A war in Europe in the third millennium: it seemed improbable, almost impossible. Now, there are already many dead. There are fears of a bloodbath. The usual innocent, defenceless victims, who wanted nothing more than to live in peace with others, with everyone, even if they have a different flag. The powerful care nothing for the weak who are perishing. There are many cynical Herods about; the slaughter of the innocents has not stopped. After the suffering caused by the pandemic, we now see the grief of a conflict, and who knows how far it will degenerate?

Some have evoked the risks of a third world war. We continue to believe it is impossible. We continue to think that humanity will not be so foolish as to fall into it once more. Because war is madness, it is irrational. It is demonic. The devil desires to destroy life, wants to destroy the world. Today, he has enough lethal arms to achieve his goal. We must not take world peace for granted.

Pope Francis, filled with anguish and worry, has called for prayer and fasting for peace, has called for the “weakness” of prayer to counter the power of arms. Who would believe it? Who would oppose the meek ascetism against the strength of cannons? Prayer unites us to the Father and makes us brothers; fasting takes something away from us in order to share it with others – even if the other is an enemy.

Prayer is the real revolution that changes the world because it changes hearts. We have few resources against war, without bearing direct responsibility for them, the devil foments them with hatred, cunning, wickedness. This kind of demon, Jesus says, “never comes out except by prayer and fasting.”