CHRIST’S LOVE MOVES THE ORTHODOX TO RECONCILIATION AND UNITY 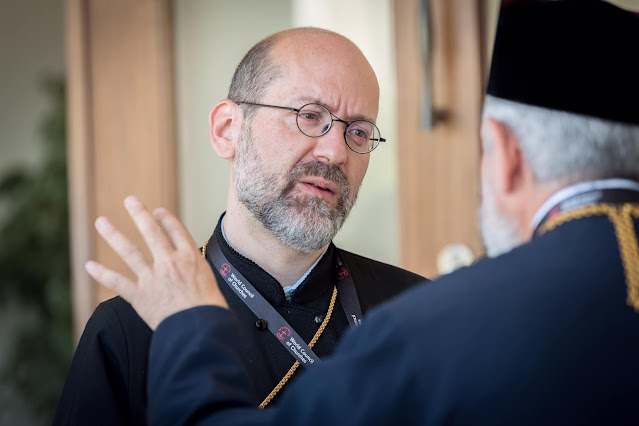 Following a tradition well established since 1983, an Inter-Orthodox Pre-Assembly Consultation was organized this month in Cyprus by the World Council of Churches in view of its 11th assembly to be held at the beginning of September in Karlsruhe, Germany, under the theme “Christ’s love moves the world to reconciliation and unity”. The purpose of such consultations is to prepare delegates for the theme of the assembly and the issues that will be discussed. This meeting should normally have taken place two years ago, but unfortunately it had to be postponed several times due to the pandemic.

In the context of the tensions that have developed within the Orthodox world over the past decade, and following the Russian invasion of Ukraine last February and the ensuing war, many were afraid that the Orthodox Churches would participate in the assembly in Karlsruhe as deeply divided among themselves. Many were afraid that holding such a Pre-Assembly Consultation in this context could have been difficult, tense, and could have even led to failure.

Nevertheless, they prove to be a favorable place for encounter of the various Orthodox Churches, both Eastern and Oriental, where they can discuss and exchange informally. And these Churches are grateful for it.

What particularly surprised non-Orthodox observers was the inter-Orthodox unity that emanated from the meeting. Contrary to those who constantly speak of a schism within Orthodoxy, several participants have underlined that matters of doctrine or in worship actually do not divide the Orthodox Church. The object of disagreement within the Orthodox world is essentially explained by some divergent interpretations of the canonical order, made generally by a few due to political pressures or ambitions.

Hearing of the presence of a delegation from the Church of Russia at this consultation, some people around the world were outraged and criticized the WCC for inviting it. However, it should be understood that the Church of Russia is a full member of the WCC and that the WCC cannot easily exclude any member Church from its midst, and this could only happen for doctrinal reasons after careful consideration. For this reason, the WCC ought to invite the Church of Russia, as well as the other Orthodox member Churches, to send a delegation to the Inter-Orthodox Pre-Assembly Consultation. As a result, the meeting allowed a frank discussion with this delegation, to understand their difficulties, to express opinions, to formulate criticisms, and above all, led to the unanimous condemnation of the wars in the official report of the pre-assembly.

Informal consultation cannot be expected to solve all the problems and difficulties of the Orthodox world. However, the path of dialogue, which has always been advocated by the Ecumenical Patriarchate, makes it possible to progress towards their resolution. As His All-Holiness Ecumenical Patriarch Bartholomew constantly repeats, the most appropriate way to peace and reconciliation is sincere dialogue and mutual respect.

Another very important aspect of this recent consultation was the renewed experience of the familiarity that exists between the Eastern and Oriental Orthodox Churches. Let us recall that their reunion took place within the Faith and Order Movement in the 1930s, and then, thanks to the establishment of the WCC which organized a series of unofficial meetings in the 1960s which were the basis for their official bilateral dialogue which began in 1985 and which later officially recognized that they profess the same faith and that the quarrels of the past were the result of terminological misunderstandings. For various secondary practical reasons, this bilateral dialogue has not made much progress in the recent years. Nevertheless, the Inter-Orthodox Pre-Assembly Consultation in Cyprus is a sign of hope since it encourages Eastern and Oriental Orthodox to meet more often to pray, dialogue, and simply live together.