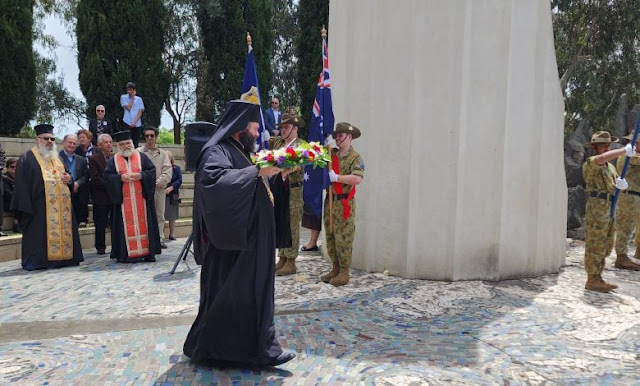 Following the church service at St Dimitrios in Queanbeyan,  His Grace Bishop Bartholomew of Charioupolis visited the church of St Nicholas in Canberra and conducted the Doxology service for the 28th October OHI DAY .

Present at the service was His Excellency the Ambassador of Greece Mr Georgios Papacostas and the High Commissioner of Cyprus Mr Antonis Sammoutis.

At the end of the service His Grace conveyed the love and blessings of His Eminence Archbishop Makarios of Australia.

Following the Doxology service His Grace visited the Australian Hellenic Memorial in Canberra where a Trisagio was conducted led by His Grace and the laying of wreaths was also held. It must be noted that His Grace laid a wreath on behalf of the Greek Orthodox Archdiocese of Australia and His Eminence Archbishop Makarios.