BLESSED ARE THE PEACEMAKERS 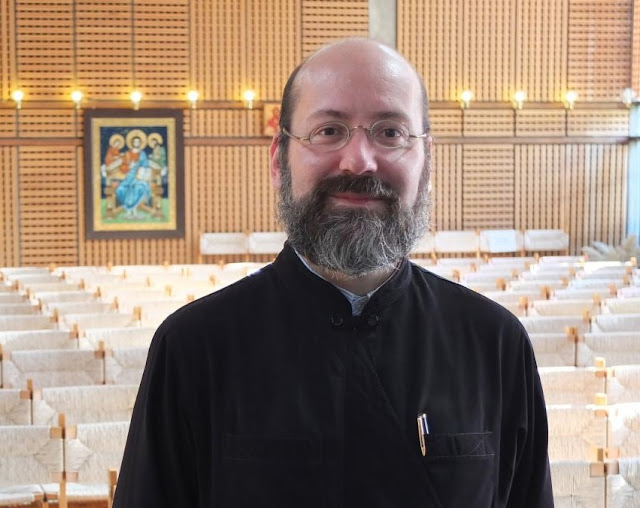 It was November 2013. I was attending a meeting at the Kyiv Caves Lavra, the largest and oldest monastery in Ukraine. Suddenly, a wave of public demonstrations began in the city, later known as the Euromaidan, sparked by the decision of the president of Ukraine at that time, Viktor Yanukovych, to suspend the signing of the European Union–Ukraine Association Agreement. Yanukovych has been since then stigmatized as a “pro-Russian” politician. However, several European diplomats have assured me that Yanukovych had done more than anybody else for the European integration of Ukraine. What has caused the turnaround of his mind in November 2013? Diplomats have then informed me that the president of Russia, Vladimir Putin, had then threatened to invade Crimea. To save this region of Ukraine that he loved so much, Yanukovych made the decision to sacrifice the integration of Ukraine to Europe, a decision that would lead to the 2014 Ukrainian revolution, the Revolution of Dignity, and that would bring him down.

While violent protests were taking place, and as I was wondering if I could leave the city to go back home, well informed friends told me that Putin had plans to invade all of southern Ukraine, from the east to Odessa, in order to take control of the Black Sea. An invasion of Ukraine by Putin? It then sounded like science fiction. The few westerners I had told this story at the time looked at me blankly, wondering if I had lost my mind. Such an invasion sounded completely impossible at our time, even two weeks ago.

Unfortunately, the sequence of events shows that this was not science fiction, or perhaps, that science fiction has become reality. In the aftermath of the Ukrainian revolution, Crimea was annexed by the Russian Federation following a referendum orchestrated by Putin in March 2014. The hybrid Donbass war followed and continued until now, opposing the Ukrainian government to pro-Russian separatists and Russia. As we have just seen, on February 21, referring to a “danger for Russia,” Putin recognized the independence of the separatist entities, recognition of the Donetsk and Luhansk republics, and then, on the next day, the Russian armed forces, coming from the separatist territories, Belarus, Russia and Crimea, invaded not only the regions controlled by these separatists, calling this invasion a “mission of peace,” but also other regions of Ukraine, including its capital, Kyiv.

These events coincide with the date of 23 February which is very significant for Putin, since it is in Russia the “day of the defender of the fatherland,” in continuity with the former “day of the Soviet army and the military fleet” of the Soviet period. In other words, Putin’s project goes hand-in-hand with the dream of a revival of the Soviet Union, which implies not recognizing the independence of Ukraine, nor its territorial integrity.

What in 2013 seemed like science fiction to us is unfortunately a tragedy that is unfolding before our eyes, in Europe. Alas, some remain blind to this tragedy. Some still present Ukraine as “a composite country, divided between a Ukrainian-speaking West and a Russian-speaking East,” but such a vision is simplistic, even caricatural. But this unfortunately remains the main argument given by many supporters of Russia, going so far as to claim, as Putin did on 21 February, that Ukraine is in fact only a group of territories arbitrarily brought together by Lenin, whereas they had hitherto belonged to Russia. It is therefore urgent to emphasize that there is the principle of the right of peoples to self-determination and that all people must be able to access a state. To deny this is to claim that Estonia, Slovakia, Tajikistan, or almost all of Africa do not have the right to be recognized as nation states; or even insinuate that Italy should reconquer southern France or that Germany would be entitled to invade Alsace and Lorraine.

The history of the Ukrainian people testifies that certain regions of the country suffered in its history from Russian domination, that in the name of the idea of pan-Slavism, which considered Russians, Ukrainians and Belarusians as being a one single people with one single language, Russian, inflicted a policy of russification, with the prohibition to study and publish in Ukrainian. Russian and Ukrainian are certainly close languages, but no one can claim Ukrainian is a dialect of Russian, so as no one would say today that Serbian is a dialect of Bulgarian. In the 1930s, Stalin continued this policy of russification which was maintained until the 1980s, which explains on the one hand that part of the Ukrainian people was russified and on the other hand the humiliation felt by many Ukrainians during the Soviet times because they spoke Ukrainian and not Russian. To this policy was added the Holodomor, the artificial famine created by Stalin in 1932-33, which depopulated Ukraine, and especially the Eastern regions, which were repopulated then by Russians.

For this reason, justifying the bombing of Kyiv and other Ukrainian cities as a “peace action” in favor of a “large Russian-speaking majority in the East of the country,” a reality of less than 100 years resulting from massacres, famines, forced displacements and persecutions, is none other than to excuse the inexcusable. The eyes of the world community must be opened and realize that Putin’s policy is that of an aggressor state which does not intend to be satisfied with the borders which are its present ones. In front of this tragedy of which we are all witnesses, some have spoken of the presence of “a carnivore in a world of herbivores,” of the repetition of the murder of Abel by Cain, of the struggle of David against Goliath. Faced with the gravity of the situation, it is not necessary to play the naive and wonder who is the carnivore and who are the herbivores, who is Cain and who is Abel, who is David and who is Goliath.

In the face of an aggression that could easily escalate into a third World War, it is urgent that the Christian Churches not only encourage reconciliation between the little mouse and the tiger who is eating it, but above all, raise their voices to speak the truth, not interrogating hypocritically with Pilate what is the truth (Jn 18:38), but rather witnessing their commitment and faithfulness to Christ who is the Truth (Jn 14:6). The Christian Churches must not just pray for peace in a totally abstract way, but use all possible means to stop the aggressor, stop the aggression, and reestablish peace. Didn’t Christ teach us: “Blessed are the peace-makers, for they will be called children of God” (Mt 5:9)?