GOD IS ONLY THE GOD OF PEACE 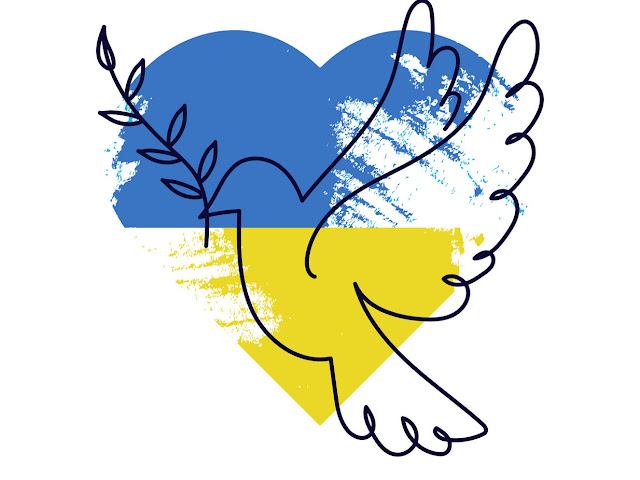 “God is only the God of peace, he is not the God of war, and those who support violence profane his name” said Pope Francis on 13 March. If the Pope of Rome had to raise his voice, it was to respond to his “brother”, Patriarch Kirill of Moscow, with whom he had commonly declared in Havana in 2016: “We exhort all Christians and all believers of God to [...] not permit a new world war. In order to ensure a solid and enduring peace, specific efforts must be undertaken to rediscover the common values uniting us, based on the Gospel of our Lord Jesus Christ”. Recently, Patriarch Kirill has been constantly trying to justify the “special military operation” in Ukraine by speaking of a “metaphysical war” in order to “remain faithful to the word of God” and “not to succumb to the temptations” of the “apparent freedom” of “world power”. These comments shocked many who consider that the Patriarch of Moscow has thus lost all moral and religious credibility. Indeed, these words are unacceptable in the mouth of a pastor of the Church and a preacher of the Gospel. They constitute not only a disgrace for the Holy Church of Russia and for Orthodoxy as a whole, but also for all Christendom because they are contrary to the spirit of the Gospel of Christ.

For Orthodox Christianity, violence or war cannot be used as a tool to promote faith. Orthodoxy has never propagated any notion of “holy war”. On the contrary, it even condemns war in situations of self-defense. For instance, in the 4th century, Basil of Caesarea wrote, concerning murders committed for self-defense: “It might be advisable to refuse [to these murderers] communion for three years, on the ground that they are not clean-handed”. His words were later integrated into the Canon Law of the Orthodox Church as the canon 13 of Saint Basil the Great, which prescribes excommunicating for a certain period of time soldiers who killed someone during an armed conflict.

In his speech delivered in Novi Sad, Serbia, in October 1999, His All-Holiness Ecumenical Patriarch Bartholomew of Constantinople affirmed that “war and violence are never means used by God to obtain a result. These are mostly machinations of the devil used to achieve illegal ends. We say ‘for the most part’ because, as we know, in a few specific cases the Orthodox Church tolerates armed defense against oppression and violence. However, as a general rule, the peaceful settlement of disputes and peaceful cooperation are more pleasing to God and more beneficial to mankind.”[1]

The Holy and Great Council of the Orthodox Church (Crete, 2016) affirms about violence and war: “The Church of Christ condemns war in general, recognizing it as the result of the presence of evil and sin in the world. […] Every war threatens to destroy creation and life. This is most particularly the case with wars with weapons of mass destruction because their consequences would be horrific not only because they lead to the death of an unforeseeable number of people, but also because they render life unbearable for those who survive.” (Mission of the Orthodox Church in the contemporary world, D1.)

To this, the Holy and Great Council adds that it categorically rejects any kind of “religious” wars: “The Orthodox Church resolutely condemns the multifaceted conflicts and wars provoked by fanaticism that derives from religious principles”, and condemns very clearly: “wars inspired by nationalism and leading to ethnic cleansing, the violation of state borders, and the seizure of territory.” (Ibid., D3.) Is this perhaps the reason of the rejection of the texts of the Holy and Great Council of the Orthodox Church by the Church of Russia?

Nevertheless, genuine Orthodoxy cannot accept the concept of “holy war” as a missionary tool or as a way to promote the Gospel. On the contrary, it encourages the path of dialogue as a means of conflict resolution and as an antidote to religious fanaticism. The Holy and Great Council affirmed on this matter: “A true Christian, following the example of the crucified Lord, sacrifices himself and does not sacrifice others, and for this reason is the most stringent critic of fundamentalism of whatever provenance. Honest interfaith dialogue contributes to the development of mutual trust and to the promotion of peace and reconciliation.” (Encyclical, 17.)

Yes, God is only the God of peace and not the God of war, and yes, those who support violence profane his name, since “a crime committed in the name of religion is a crime against religion”, as it has been correctly stated by the famous Bosphorus Declaration of February 1994, co-signed by Ecumenical Patriarch Bartholomew. Let us therefore preach peace, and not war, and be peace-makers instead of pseudo-holy warriors.