Melbourne: Event of honour and remembrance for the Anniversary of ‘OXI’ at the Australian-Hellenic Memorial 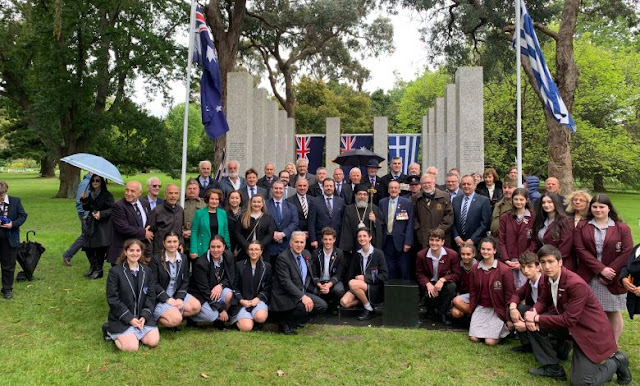 An event of honour and remembrance for the anniversary of 28 October 1940 was held on Friday, 28 October 2022, organised by the Hellenic Branch of the RSL Melbourne, at the Australian-Hellenic Memorial in Melbourne, Domain Gardens.

His Eminence Archbishop Makarios of Australia was represented by His Grace Bishop Kyriakos of Sozopolis, who performed a Memorial Service for the repose of the souls of the fighters and heroes during the 1940 Epic, while also laying a wreath at the Memorial.