ECUMENISM AS A THEOLOGICAL TASK 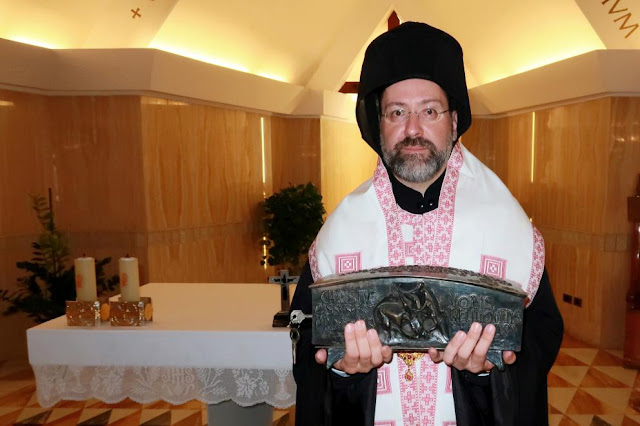 It is not uncommon these days, especially in times of crisis and epidermal reactions, to hear, both among some Christians, either Orthodox or of other confessions, that “ecumenism is a heresy that needs to be condemned”. Some even pretend that ecumenism has developed an “ecclesiological modernization” by maintaining that “heterodox” are within the “boundaries” of the Church and “recognizing” their baptism as valid. Such protagonists often justify their statements by quoting the words of some new saints or elders who saw ecumenism as a threat, sometimes designating it as one of the “devil’s tentacles to capture the whole world”.

Others, more moderate, consider that ecumenism is more concerned with diplomacy than theology, and that it is actually fantasizing about a utopian reunion of Christians in order to form a common front for political or social purposes. According to them, the Ecumenical Movement would have more to do with schools of diplomacy and political science than with theological studies.

All these considerations reveal both fear, ignorance and sometimes even hatred of “other” Christians. Therefore, it is significant that the Holy and Great Council of the Orthodox Church, which met five years ago in Crete, had to discuss and adjudicate on the relations of the Orthodox Church with the rest of the Christian world – a question already raised in 1902 by the encyclical of the Ecumenical Patriarch Joachim III, and even though the Pan-Orthodox Conferences of the 1960s gave the green light to the Orthodox Church to participate in the Ecumenical Movement of which she had herself been one of the founders. In his inaugural address at the council, the Ecumenical Patriarch Bartholomew affirmed:

“Another matter that emerged in the last century and persists today is the expansion of efforts toward the reconciliation of unity among Christians through the so-called “Ecumenical Movement.” The Orthodox participation in this endeavor occurred on the basis of decisions reached either by individual Autocephalous Churches or else at Pan-Orthodox conferences. On account of the seriousness of this issue, it should also be examined by the Holy and Great Council in order – in an authentic manner – to formulate a uniform position of the Orthodox Church.”

The document entitled “The relations of the Orthodox Church with the rest of the Christian world” is certainly the most controversial document before, during and after the council. It certainly occupied the most place in the discussions and the deliberations of the council, and the central question was to know whether the other Christian denominations could or not be qualified as “Churches”. This is an extremely important document which gives a very clear answer: while confessing the Orthodox Church as the true Church, it acknowledges the existence of other Christian Churches which are not in communion with her and stresses the necessity of engaging into a theological dialogue with them in order to restore Christian unity. Paragraph 6 states:

“The Orthodox Church accepts the historical name of other non-Orthodox Christian Churches and Confessions that are not in communion with her, and believes that her relations with them should be based on the most speedy and objective clarification possible of the whole ecclesiological question, and most especially of their more general teachings on sacraments, grace, priesthood, and apostolic succession. Thus, she was favorably and positively disposed, both for theological and pastoral reasons, towards theological dialogue with other Christians on a bi-lateral and multi-lateral level, and towards more general participation in the Ecumenical Movement of recent times, in the conviction that through dialogue she gives a dynamic witness to the fullness of truth in Christ and to her spiritual treasures to those who are outside her, with the objective aim of smoothing the path leading to unity”.

Based on this idea of martyria of truth, Florovksy firmly rejected the confusion of Churches that would result of any denial of the doctrinal differences. For him, Ecumenism did not mean ecclesiological relativism or syncretism. For him, the basic ecumenical problem is the resolution of a schism. The unity has been broken and must be recovered. The Orthodox Church, in his view, is not one Christian confession among others, but the true Church, and for this reason, he criticized what he called “ecumenism in space” aiming at an agreement between the Christian Churches as different pieces of a puzzle coming together, but rather advocated for what he designated as “ecumenism in time”, which is the search for the common ground among the Churches on the basis of their common history and of the common ancient and apostolic Tradition.

Willem Adolf Visser T’Hooft, the first general secretary of the WCC, once expressed the wish that “the younger generation in the World Council will not forget what we owe to Fr. Georges, who represented a quite unique combination of strong, deeply rooted theological conviction with ecumenical breadth”. We could add the wish neither to forget the decision of the Holy and Great Council on Ecumenism. Therefore, let us always remember that Ecumenism is first of all a theological task.