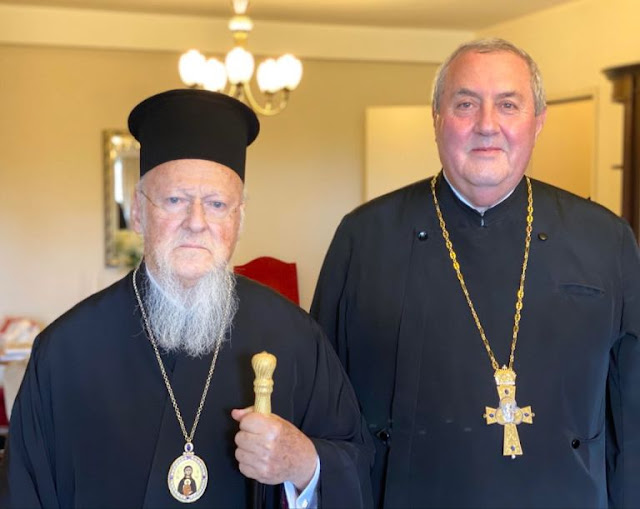 World Council of Churches interim general secretary Rev. Prof. Dr Ioan Sauca met with Ecumenical Patriarch Bartholomew on 24 June 2020 at the Orthodox Center of the Ecumenical Patriarchate in Chambésy, Geneva, to discuss preparations leading up to the WCC 11th Assembly, which will occur in 2022. They explored together how to strengthen relationships within the ecumenical movement, and augment the role of the Orthodox Churches.