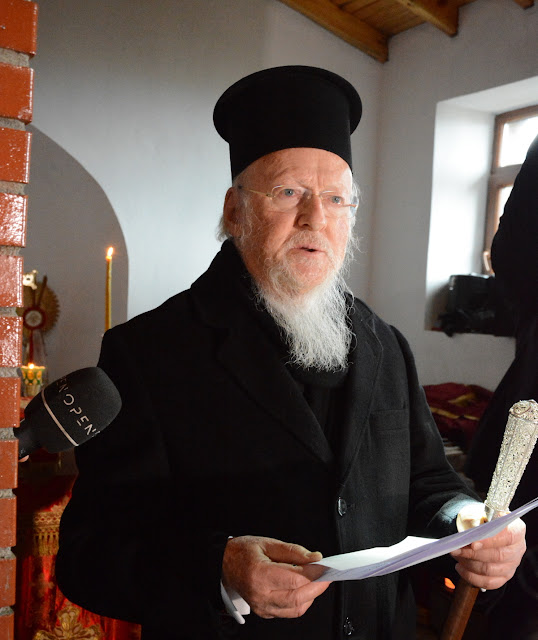 Patriarch Bartholomew pointed out that in the center of Europe, on the border of Russia and Ukraine, war is almost raging, tens of thousands of young Ukrainians have died, and the whole world does not want a global war.

“Sounds of gunshots are heard in different parts of the world. In the center of Europe, on the border of Russia and Ukraine, war is almost raging. It began a long time ago in eastern Ukraine. If I remember correctly, the media reports that tens of thousands of young people have died, mostly Ukrainians, and the whole world does not want a global war. Our Church, our Sacred Center in Phanar, hopes and prays for peace throughout the world so that the fatality will not be repeated when thousands of young people die, leaving children orphaned and mothers widowed. The war has never yielded good results,” Patriarch Bartholomew said on February 1, the day the Church celebrates the holy martyr Tryphon the Wonderworker, patron saint of winegrowers and farmers.

It is noted that Ecumenical Patriarch Bartholomew visited and blessed the grand opening of the renovated ancient chapel of St. Tryphon n Schinoudi of his native island of Imvros, performed by Metropolitan Kyrillos of Imvros and Tenedos, according to the website of the Ecumenical Patriarchate.

The Ecumenical Patriarch spoke with great emotion about his deep love for his small homeland.

“Our small homeland had about three hundred chapels, located in the mountains, on the slopes, on the plains and on our beaches. Few of them escaped the devastation caused by the relentless ‘Disintegration Plan’ of 1964. Most were demolished, desecrated, turned into stables, disappeared from the face of the earth. Few survived, mainly those near or within settlements,” said Patriarch Bartholomew.