WHERE IS YOUR BROTHER? WHAT HAVE YOU DONE? 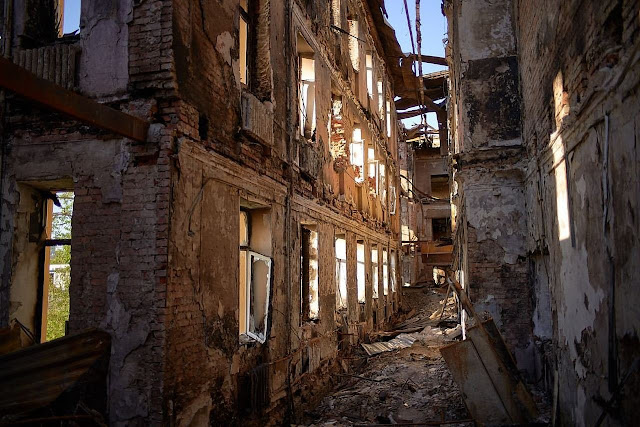 Almost a decade passed since the previous WCC assembly in Busan. The Orthodox Church, instead of triumph, finds itself in deep crisis. Awaited for centuries, actively prepared for decades, the Holy and Great Council of the Orthodox Church, which happened finally in 2016, could be a new moment of Pentecost, but four of the sister Churches dropped out at the very last moment, sacrificing pan-Orthodox unity and witness, making Orthodoxy to look ridiculous in the face of the entire world, at the same time being cautious to avoid “discussing our internal problems in the face of the Protestant world”, as Metropolitan Hilarion of Volokolamsk claimed at the Orthodox pre-Assembly in Paralimni.

However, Orthodox internal problems are so visible, that it’s not any more possible to speak about common witness. The entire fabric of the Orthodox Church is reshaped, with new autocephalous Churches being established and new Churches seeking autocephaly, recognized or not recognized. Unilateral breaking of communion, which seriously damaged the work of the Bishops’ Assemblies in diaspora. The invasion of the Russian Church into the African continent, where Church is vulnerable, creating confusions and temptations, shaking stability of the parishes and dioceses. Finally, the shocking position of the leadership of the Russian Orthodox Church on the bloodshed in Ukraine, when its Patriarch in fact “blessed” the Russian military invasion.

While the assembly of the World Council of Churches is approaching, the Orthodox Church finds itself in a scandalous situation, which strongly undermines credibility of the Orthodox contribution to the common Christian witness of Christ’s love in the suffering world. The offering we are going to bring to the Lord can not find a favour in His eyes (Gen. 4:5), as one of the brothers in our Orthodox family appeared to be Cain.

Metropolitan Onufry of Kyiv of the Ukrainian Orthodox Church was the first to give this name to the unprovoked Russian invasion to Ukraine, which resulted in thousands of deaths, millions of refugees, razed to the ground cities, tortures, rapes and massacres, the blood which “cries out to from the ground” (Gen. 4:10) in Bucha, Irpin, Marioupol, Kherson and Kharkiv.

The cry, which was hardly heard at the Inter-Orthodox Pre-Assembly Consultation, which took place at Paralimi, Cyprus in May. Archbishop Leo of Finland expressed reaction of many faithful when said that he is disappointed by reactions of the local Orthodox Churches who are to “witness the truth and name thing by their own names not only in theological, but also in the social issues”.

Why wasn’t the voice of the Ukrainian Christians not heard, and their brothers and sisters didn’t, in the words of Archbishop Leo, “speak and act more directly”?

First, because despite being on of the largest European countries, Ukraine has no Church that is a member of the World Council of Churches. Neither does Belarus, and as an Orthodox theologian coming from Belarus I know from my own experience, how the involvement in ecumenical movement and the significance of the ecumenical movement in the national context are undermined by the this absence, how it leads to marginalisation of the voices and puts in shadow. However, in my own case I also experienced the positive role that can played by the support of the youth ecumenical organizations and other churches in strengthening the voices and sharing the witness. Such a support is now more than needed by our sisters and brothers in Ukraine, and it’s our special responsibility as the Orthodox to bring the voices of the Ukrainian Churches to the ecumenical arena by any possible means: to support the presence of the Ukrainian Christians through special delegations, cultural programs and exhibitions, and also through our own participation in the WCC assembly. We have to ensure that we can act as the messengers of grievances and hopes and to become voices of voiceless.

The voice of the Russian Church

Second, the voice of the blood that cries out was simply appropriated by the side of the aggressor. Patriarch Kirill of Moscow unequivocally “blessed” what is called in Russia the “special military operation”, and what is in reality unprovoked aggression of Russia against the independent state of Ukraine, which brings destruction of the sacred life of human beings, humiliation and violence. It is in Moscow where the decision who will represent Ukraine at this WCC assembly was taken to ensure that no alternative voice from Ukraine would resound. After the start of the war the Holy Synod of the Russian Orthodox Church has expelled from its delegation to the WCC assembly two previously assigned representatives of the Ukrainian Orthodox Church, who were ready to speak in the name of Ukrainian people, priests Mykola Danilevich and Vasyl Prits. The voice of the Russian Church itself is monopolised by a group of people, which like in the times of the Cold War uses the ecumenical arena to promote not the authentic Christian voice, but corporate and political interests. This fact again demands from us, Orthodox Christians, especially those living in a free and democratic world, to promote those grassroots Christian voices of those suffering and witnessing Christians, of the independent theological inquiries born from the experience.

Thirdly, the worldwide campaign with demands to expel the Russian Orthodox Church from WCC, reminds us about accountability of Churches and Christian leaders for their words and deeds, for their positions and actions. As Archbishop Rowan Williams puts it: ““When a Church is actively supporting a war of aggression, failing to condemn nakedly obvious breaches of any kind of ethical conduct in wartime, then other Churches do have the right to raise the question.” And I think, it’s not only the right, it’s also an obligation. How much can we contribute to discussion on the Document on Moral Discernment, for example, that even in such evident and clear cases, where no complicated discernment process is needed to distinguish between black and white, between good and evil, we fail to produce a clear and direct response to the situation.

Love of Christ: demanding and challenging

In my opinion, expelling of the Russian Orthodox Church from the World Council of Churches would be a good idea. Despite repressions and threats there are many vocal voices of Russian Orthodox clergy with the condemnation of war. There are examples of courageous letter of hundreds of Orthodox priests; individual voices of priests, theologians and faithful, who in witness, preaching and diaconic work are acting like the Confessing Church. In Belarus, Orthodox priest Mikhail Marugo was even condemned to 13 days of arrest for standing with flowers in his hands - as a symbol of peace. These martyria has to be visible, because this is the authentic Christian voice.

Dialogue should continue, but the aim of the dialogue is not to make someone feel comfortable or to avoid controversies. Love of Christ is demanding and confronting, and not only comforting. It’s important to pose questions and ask for accountability in the example is given by God Himself, who after bloodshed was asking Cain: “Where is your brother?… What have you done?” (Gen. 4:9-10). If the Russian Orthodox Church wishes to stay in WCC, it has to be confronted with the question and demands. And we, Orthodox, must be the first ones to raise the issue and keep asking: “Where is your brother?” 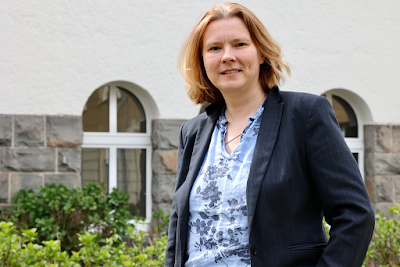 — Natallia Vasilevich, Orthodox theologian and political scientist from Belarus, currently writing her dissertation of the pre-conciliar process of the Holy and Great Council of the Orthodox Church at the University of Bonn. She moderates “Christian Vision” ecumenical group, which unites priests, theologians and lay activists from Belarusian Churches, which seeks to present a common Christian witness in the context of the ongoing political crisis in Belarus. She is a delegate to the WCC Assembly from the Ecumenical Patriarchate