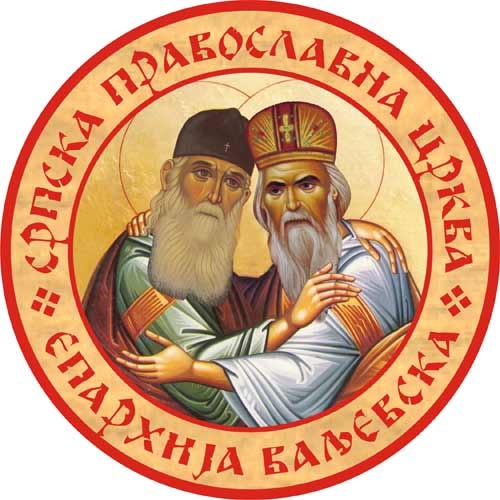 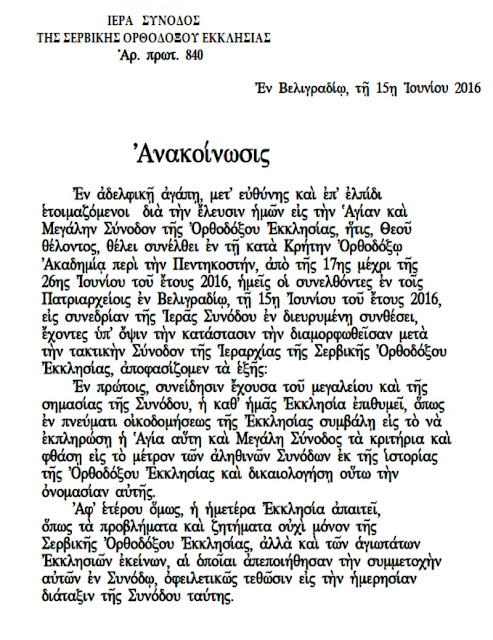 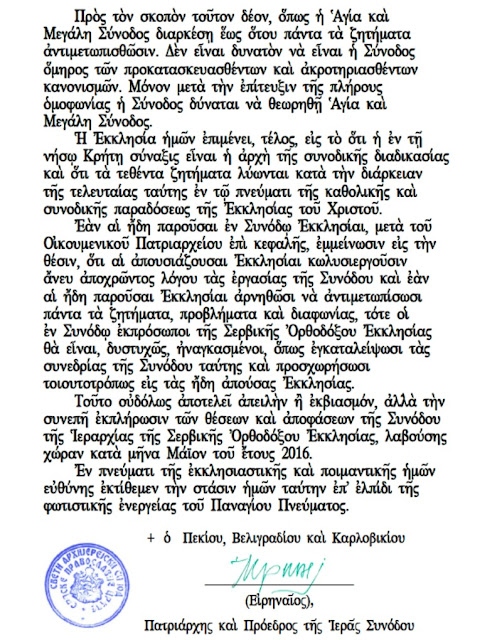 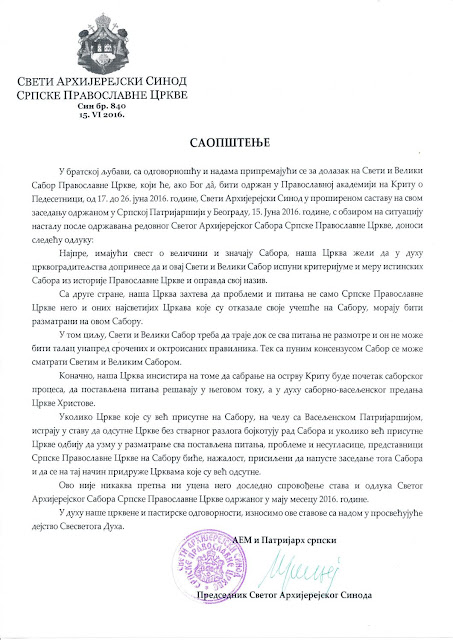 THE HOLY SYNOD OF BISHOPS OF THE SERBIAN ORTHODOX CHURCH
Syn. No. 840

In brotherly love, while with responsibility and hopes preparing for the participation in the Holy and Great Council of the Orthodox Church, which, God willing, is to be held at the Orthodox Academy at Crete around the Pentecost, from 17 until 26 June 2016, the Holy Synod of Bishops in its broader composition at its session held at the Serbian Patriarchate in Belgrade, on June 15, 2016, regarding the situation created after the ordinary convocation of the Holy Assembly of Bishops of the Serbian Orthodox Church, passes the following decision:

First of all, having in mind the importance and significance of the Council, our Church wants, in a spirit of ecclesial upbuilding, to contribute in the way that also this Holy and Great Council fulfills criteria and the measure of true Councils in the history of the Orthodox Church and justifies its title.

On the other hand, our Church requests that problems and matters not only of the Serbian Orthodox Church, but also of the other most Holy Churches that cancelled their participation in the Council, be considered at that Council.

At last, our Church insists that the gathering on the island of Crete be a beginning of a Conciliar process, that the matters in question should be solved during its working process, but in the spirit of synodic tradition of the Church of Christ.

In case that the Churches present at the Council, with the Ecumenical Patriarchate at head, persist in the position that the absent Churches without a real reason boycott the work of the Council, and in case that the already present Churches reject to take into consideration all the matters in question, problems and disagreements, the representatives of the Serbian Orthodox Church at the Council will be, regretfully, forced to leave the sessions of that Council and in that way join the Churches that are already absent.

This is by no means a threat or ransom, but a consequent implementation of the position and decisions of the Holy Assembly of Bishops of the Serbian Orthodox Church held in May 2016.

In the spirit of our ecclesial and pastoral responsibility, we present these positions hoping in the illuminating action of the All-Holy Spirit.