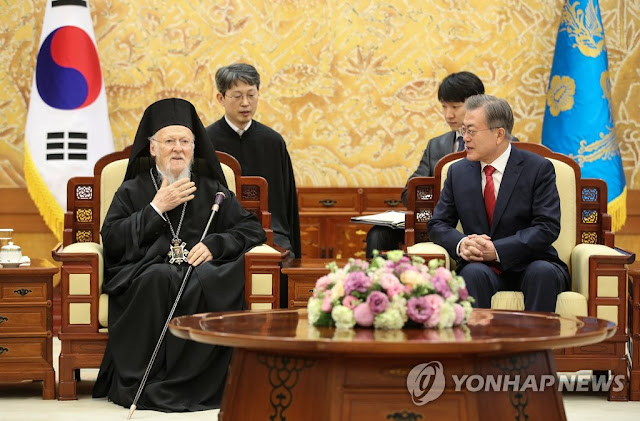 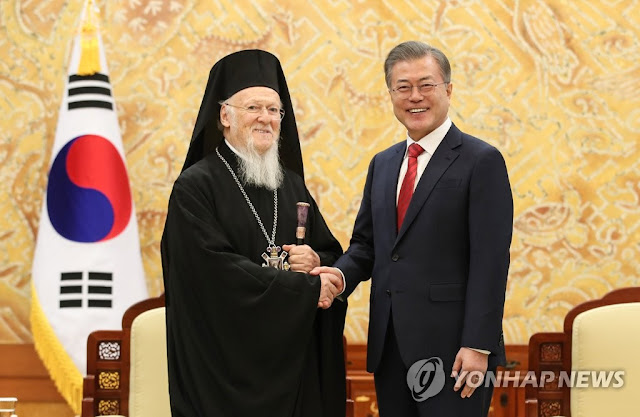 President Moon Jae-in meets with Bartholomew I, Archbishop of Constantinople, at the presidential office in Seoul on Dec. 7, 2018.

The archbishop was visiting Seoul to mark the 50th anniversary of the completion of Saint Nicholas Cathedral in Seoul. 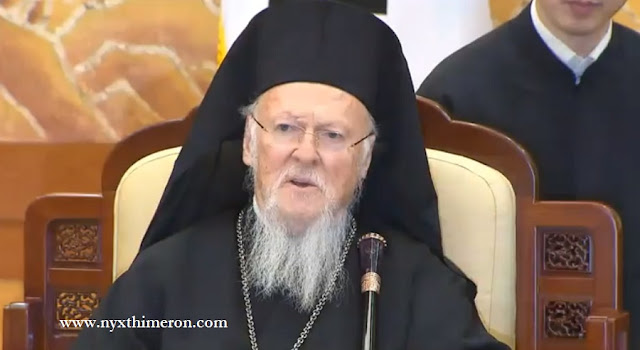 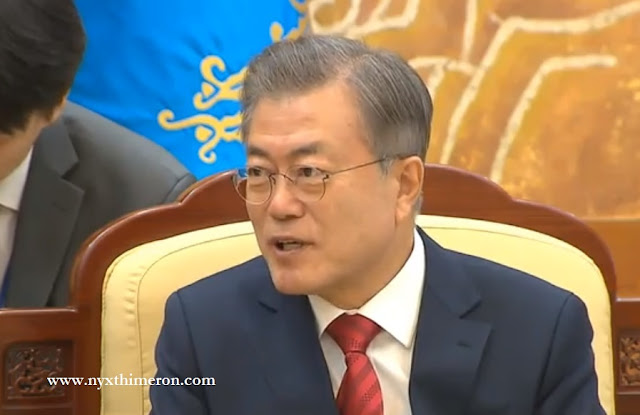 President Moon met with the head of the Orthodox Church -- the Ecumenical Patriarch Bartholomew the First.

The South Korean leader said he greatly appreciates the patriarch's dedication to the movement to reconcile different religions and sects as well as to the conservation of ecology and the environment.

He asked for the Patriarch's wisdom and guidance as South Korea takes on similar challenges, like reconciliation between people with different ideas, the establishment of inter-Korean peace, and the restoration of an environment damaged by excessive development.

Patriarch Bartholomew is South Korea for the 50th anniversary of the St. Nicholas Cathedral in Seoul -- the main cathedral of the Korean Orthodox Church -- and he's set to visit the Demilitarized Zone while he's here.

President Moon asked for him to pray for peace between the two Koreas.